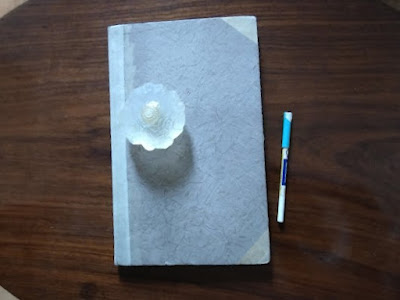 A book pops out of the cupboard where it was hiding for ages. The book is strangely intact. It falls open, as though by its own instinct, to certain pages. They are filled with scribbled words – some in verse, some worse. Memories – each more delightful than the other – are packed between the lines.
Book of Verse

The book appeared
almost sinister
like a ledger,
a little weird,
out of place and awkward
in my cupboard,
propped up on its binder
in the farthest corner,
standing upright there
for years together,
treasured as it were,
and utterly obscure
in the darkest innards
of the cupboard.

Among souvenirs
whose memories had expired,
the journal, a tad peculiar,
and barely dog-eared
was rediscovered
amidst its tattered peers,
falling well open as per
its habit of years
at a leaf much pored over,
with scrawling words
in scatters.

The mind turned pages
back through the ages
of small surprises,
our meeting each other
to forever blather
in rhymes and meters,
every verse ventured
countered with another,
losing track of the junctures
and the conjunctures.

In flashes as I conjured
images of yesteryears,
I gently laid the ledger
propped up on its binder
in the farthest corner
obscure as it were
and utterly treasured
in the deepest innards
of my cupboard.

To the muse that you are...Gulzar!

This is one of my tributes to Gulzar Saab whose verses never cease to haunt me. A poem inspired by the lyrics of one of his songs. This is not a translation, nor a transcreation. And no, this is not transgression. This is a poem that wrote itself in my mind inspired by his poetry. A humble tribute to him on his birthday.

These liquid jewels
of joy
peeping through
the petals of my life,

These limpid beads
of sorrow
hidden below
the canopy of my eyes,

These gentle sprays
of crashing waves
draining the sand
from under my feet,

This drizzling bliss
of existence
seeping slowly
into my entire being,

These tiny blobs
of life
let me savour
...little by little
...drop by drop.

[Inspired by the song Katra katra milti hai in the movie, Ijaazat]

They took flight from hell
Far away from War Gods’ knell
Then to heaven fell.


It’s the blue hour with splashes of orange when the sun lingers just around the corner. When the boats still rest lazily at the anchors and the waters are still. The waves barely move on the shores, holding the shadows intact. The sky dons pearl-white frills, and the moon still hangs around.

[This microtale was written for the above photograph, which was shortlisted in the Greenstorm Nature Photography Contest 2020, and was published on the Greenstorm Foundation website.] 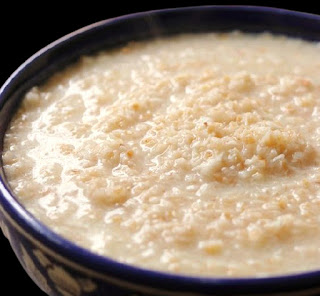 Roughly translated, gothambu kanji is wheat porridge in English. However, “wheat porridge” lacks the culture and flavour of “g’ kanji”. It’s a simple dish made with broken wheat and milk, with some sugar added to taste. Boil the wheat in milk, which should be around double the quantity of wheat. It gets cooked in no time. Then add sugar, and your g’ kanji is ready. However, g’ kanji made in this way is not my favourite. I add a special ingredient to it, called ‘memories’, and then the kanji takes on an enticing flavour.

From as far back as I can remember, my grandfather, or Achhan as I call him, used to have g’ kanji for breakfast and dinner. But he had his own way of preparing it. He would boil half a cup of broken wheat in one cup of water. Once it starts boiling, he switches the burner off, and lets the pot remain on the burner properly closed. The rest of the cooking happens gradually inside the pot. He cooks this around dusk and by dinnertime, when he opens the lid, the wheat is properly cooked with not a drop of excess water in it. He then pours just a dash of milk – because milk doesn’t go well with his gut – and some sugar. Now it’s ready to be consumed. The ritual doesn’t end there, though. He has to first treat us kids, who have lined up for our little share, to a scoopful before he can begin to have his kanji. By ‘we’, I refer to me and my two sisters. And most often, our cousin too. Achhan gives each one of us a generous scoop. In the meantime, we hear the click-clicking of our grandmother’s flip-flops as she passes that way, tossing over her shoulder, ‘kurachu Achhanu vekkanam tto’ (leave something for Achhan too). We simply ignore this comment. So does Achhan. This ritual continued until we grew up. But even afterwards, oftentimes we wouldn’t mind growing down a bit to claim a share.

It was perhaps during the difficult 1970s when the prices of essentials had spiked up to such a level that Achhan decided to go on a family-budget-friendly diet. As part of it, he decided to slightly tweak his recipe for g’ kanji . He cut down on the sugar. Milk, which was already minimal, was done away with, and to my horror, he reduced the amount of wheat in the recipe too. Simply put, I found this recipe too unpalatable. But what could a kid in her early teens do about it? So I decided to go around the problem in my own way, or rather, in his own way. I declared in no uncertain terms that I would also go on a budget-friendly diet in solidarity with Achhan. I said I would go for a complete fast, by not taking any food until he reversed his recipe. I was absolutely serious about my decision. In fact I was quivering like a leaf with indignation, the slip of a girl that I was, while taking this Bheeshma-like pledge. My voice had risen so high in spite of its tremor and my eyes had so welled up in spite of the fires raging within them that Achhan thought I really might do it. Mind you, I was quite capable of it. And for fear of my going ahead with my new diet plan, Achhan gave in. He promised that he will never mess up my favourite recipe again.

Achhan never made much of his recipe for g’ kanji, though. It was just that that was how he wanted to have it. And we loved it. So also did our cousins. Almost every kid in the clan got to experience its taste at one point in time or the other, and those who didn’t, still knew about it for sure. The popularity of Achhan’s kanji crossed the barriers of time. Our children, rather, his great grandchildren, also have lingering sweet memories of his g’ kanji. As my grandparents grew older, my Amma was allowed to prepare the gruel, presumably under oath that she would follow the recipe and protocol to the dot.

As a child, I believed I was special to Achhan. So did my sisters. They believed they were special. And none of us could have been more right. Whoever Achhan was close to felt they were special. That was the kind of love Achhan had for his dear ones. He left us in 2003, at my sister’s residence where he spent the last years of his life. He passed on quietly in his sleep. And with that ended the daily kanji making ritual.

I have tried to cook g’ kanji several times since then. It has never been the same. With the passing years, I realised I had to add more and more of the memory ingredient to make it taste the same. And therefore, finally, I have completely tweaked the recipe. Now my g' kanji is saturated with memories with no wheat, no milk, and no sugar. And the flavour lingers in my mind forever.