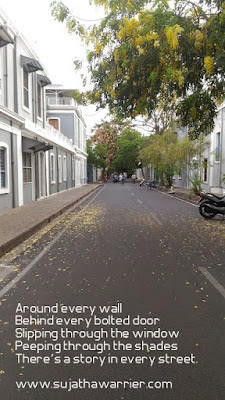 A road is like time. Both have a past and a present and they continue into infinity. If roads could speak, they would have many stories to tell us – of triumph and defeat, of joy and sorrow, of love and loss, of peace and strife - of the people who travelled them in the past. And there would be stories of the birds and the bees, the flowers and the trees, and the fallen leaves.

A busy street is intricately interwoven with a million stories – the stories of the street vendors, traders, and the people going up and down the street, each with a past and a present, rushing towards their separate futures.

And each story weaves into several other stories, on other roads, in other cities, from other times. Forget your own story for a while as you walk down a street, tuning into the hundreds of stories that surround you. Feel new stories being created every minute, of which you are now a part.

It was such a morning in Pondicherry. I was standing in front of a tea stall like several others who stopped by, enjoying a hearty sip. The street was overhung by the soft rays of the sun and the aura of a colonial past. A new story was forming, deftly entwined, charmingly entangled with so many others. Call it an epic, if you will.

Roads write an epic
Of the evolution of an ethos
Every bend a turning point
To flick to another page
To another age,
Trees bend, heavy,
Laden with memories
Laying shadowed margins -
The walkways of passing years,
Leaves are hushed whispers
Under the city’s breath
Of ancient secrets hidden
Between the lines of time,
Flowers beckon, beseech
Falling at your feet
To take a fleeting peek
Into the city’s history,
Around every wall
Behind every bolted door
Slipping through the window
Peeping through the shades
There’s a story in every street.

The death of a muse 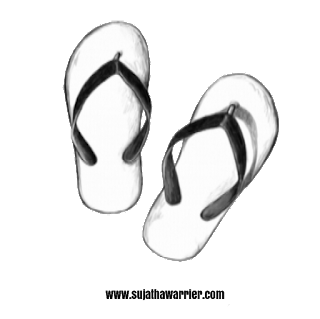 Here, at the hospital, a death goes unnoticed. A death I was witness to, and to be frank, the cause of. An insignificant end to a trivial manifestation of the essential soul. Rather, one of the deaths of a single soul. And here’s how.

As I sit blankly staring into nothingness in the wee hours while Amma sleeps peacefully, there's a slight disturbance under her bed. I wake up from my reverie as a cockroach appears suddenly out of nowhere and runs all over the place. I try to kill it with Amma’s slipper. As I can’t bring myself to hit really hard, it doesn’t quite die and starts wobbling around after a while. I ‘kill’ it again and it’s now lying with its feelers moving. I am hoping the cleaning ladies will come soon or I will have to ‘kill’ it all over again. I now realise, in my reluctance to kill, I am causing it to die several times. Perhaps that’s the case of many a person lying in the hospital. They are dying multiple deaths. But just how many deaths can one die?

How many deaths will you die? Several and many more. When you know it’s just a matter of time before you will be gone. With every losing battle with death before the final war. With every ragged breath and every delayed heartbeat. When you accept destiny and when you alas succumb. Heart grinding to a halt. Breath dragging to a stop. Every cell giving in. One by one. Beat by beat. Breath by breath. Inch by inch. You die till what’s left is buried, burnt. Then dying over and over in every living mind, you die a million times.

It’s just that some deaths leave you still alive.


Excavate in time
a selective history
bury things for now.

A people, a soul
yet into fragments that tore
bleeds to form a whole.


‘Fishing’ for a sort
of harvest in flooded plots
where crops come to naught.


Not all the waters

can drown, nor the sliding land
bury sins of man. 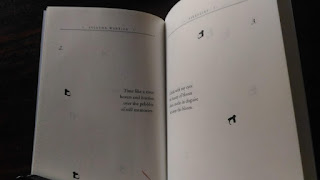 Fireflies is a collection of very short poems, or rather, fleeting thoughts, on the world around the poet as perceived by her. They touch upon the visible and invisible expressions of nature. The poems were written during a span of time beginning a few months prior to and ending a few months after the devastating floods that ravaged Kerala in 2018.

Email ThisBlogThis!Share to TwitterShare to FacebookShare to Pinterest
Labels: Books

The Attic & Other Poems 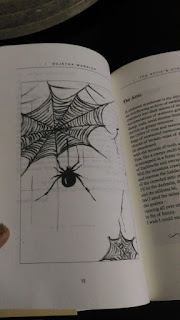 The Attic & Other Poems
by Sujatha Warrier


The Attic & Other Poems is a collection of poems by Sujatha Warrier, with illustrations by the poet's daughter Bharati Varrier, a communication designer.

Some responses by those who took a peek into The Attic:

Isolation, loneliness and absences seep through Sujatha Warrier's poems. She writes of "unwanted memories," her attic's "cluttered storehouse". All her attempts to live in the present "succumb" to dreary nights of pain and desolation. Her metaphoric language fluently builds up dreams and time--a "legacy undiscovered" and "unseen treasures." To read these poems is to go through a journey that records small themes, of engagements that are acutely human. It is a pleasure to read Warrier's poetry.
-          - Bibhu Padhi (Poet, Writer, Literary Critic, Translator)

Sujatha Warrier’s poems touch the heart instantaneously and stick there for long, though they are themselves quite short. I suppose that is the beauty of any poem! The poems interweaved with Bharati Varrier’s illustrations are a treat to the mind!
-           - Neelam Saxena Chandra (Novelist, Poet, Fiction Writer)

Sujatha Warrier's book of poems, The Attic & Other Poems, impresses. The poems, though she says is an attic clutter, display poetic neatness and clarity. Just as she wonders, her words and metaphors display a sensuous fluidity, a rhythmic gush, to form verse at her fingertips. An arresting quality is her ability to turn words and phrases into visuals. Night is a cup of white wine she would drink deep, glow worms turn to flaming fruits, forests fall back deep and intense, like emotions in a hurry.  Her gifts include the ability to set the reader into a mood, as in 'The foothills of Munnar' or with  the remarkable poem 'Love,' where she observes, 'Love is at its most intense, in the little moments before the moment of love.' 'The room next to my room' is a charmer. There is gaining maturity and elegance in the collection. The illustrations have come out well. It has been a pleasure, reading Sujatha's poems.
-          - Gopikrishnan Kottoor (Poet, Novelist, Playwright)

The book is available on Amazon at https://www.amazon.in/Attic-Other-Poems-Sujatha-Warrier/dp/B07G5WFSV6